Getting to Rank Zero: How Featured Snippets Help

Previous Next
Getting to Rank Zero: How Featured Snippets Help

Google has been busy redefining the way search result pages are displayed to the user. Now, another term has been coined describing the rarest of results that get featured in search: Page Rank Zero.

Page Rank 0 (AKA “Position Zero”) is SEO speak for a search result that gets a featured treatment on page one which is placed above all other results –including ads!

Of course, rank zero is short-lived, as Google eventually places ads ahead of the featured result. Still, it’s a chance to steal chunks of prime search engine space away from competitors.

And, typically you’ll move from zero to be prominently featured in the first organic position. Still a nice catch!

Rank Zero positions occur less frequently than all other placements for featured snippets, and not every search term gets this golden egg from Google, or Bing.

The overwhelming majority of featured snippets at rank zero are selected from URLs that already rank on page one for the intended query.

Practically speaking, this means that your efforts must first be focused on getting to the top of organic search results for your targeted topics and keywords. Only then will your firm be able to take advantage of the growing number of featured snippets.

So, what are featured snippets, exactly?

Google snippets come in many varieties and formats, and they’re not all created equal in terms of SEO traffic. Let’s look at some examples.

First, a look at Google snippets and displays that are not featured snippets: 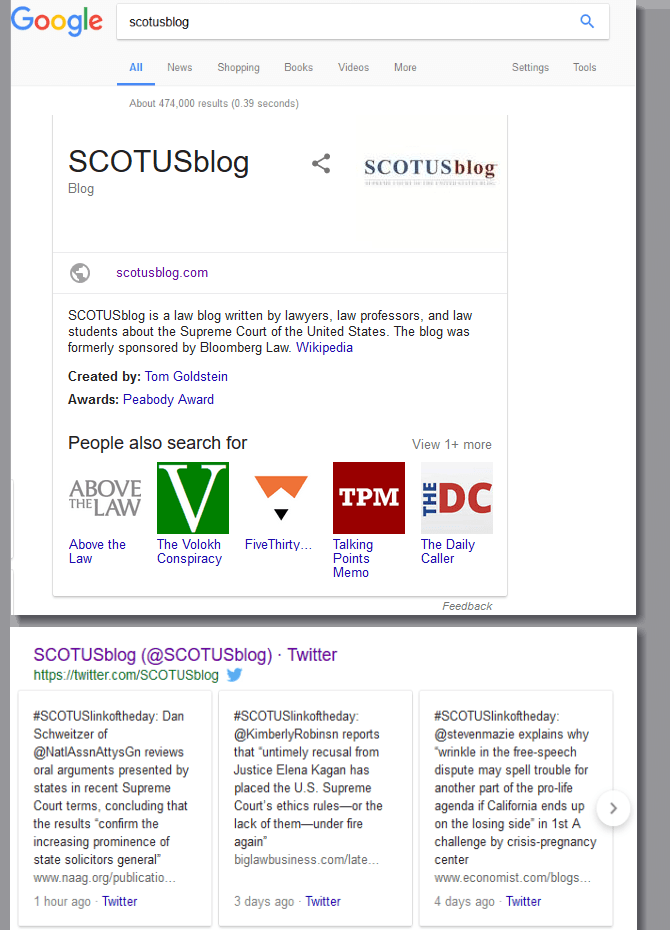 A query that enters the business name of a known brand will trigger knowledge graph and/or social graph results. Technically, these are not featured snippets.

Google also uses knowledge graphs to pull pictures and ratings into the Map Pack results, which appear for a Location-based search. Map packs are not featured snippets. 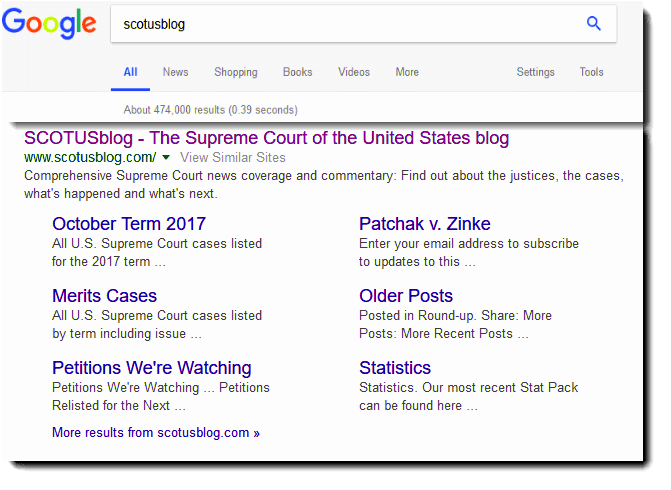 When you see a larger result displaying rich context summaries across columns; or an organic result with some marked up text /rich schema information, such as ratings, that’s a rich snippet. These also display frequently for branded queries. Again, not a featured snippet.

Most featured snippets attempt to answer questions right on the search results pages. Google has long featured so-called “answer boxes” on search, but these are simple, text only sentences and they don’t give linked source credit.

Feature snippets do give link credit to the source, affording an extra opportunity to lead quality traffic to your page. Features can also contain formatted text, images and video.

Google and Bing extract text and images from websites and then neatly format the information inside a box to create featured snippets. There are a number of recognized formats for features: 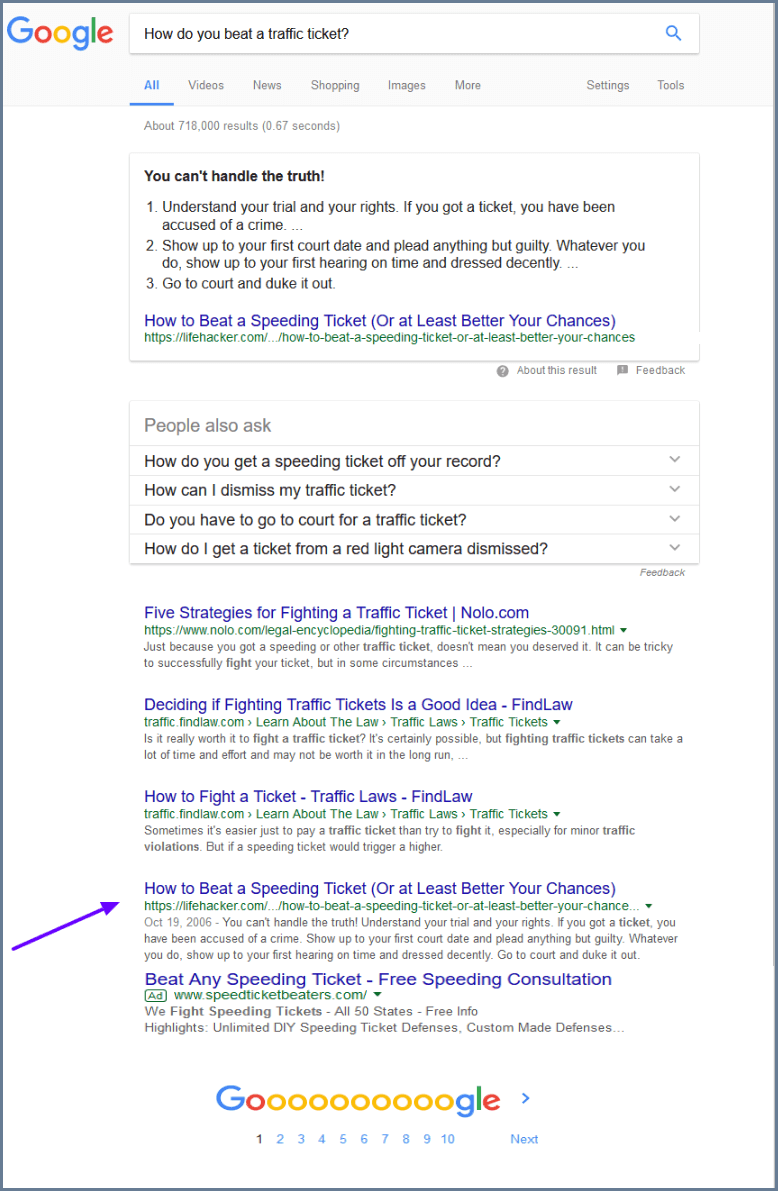 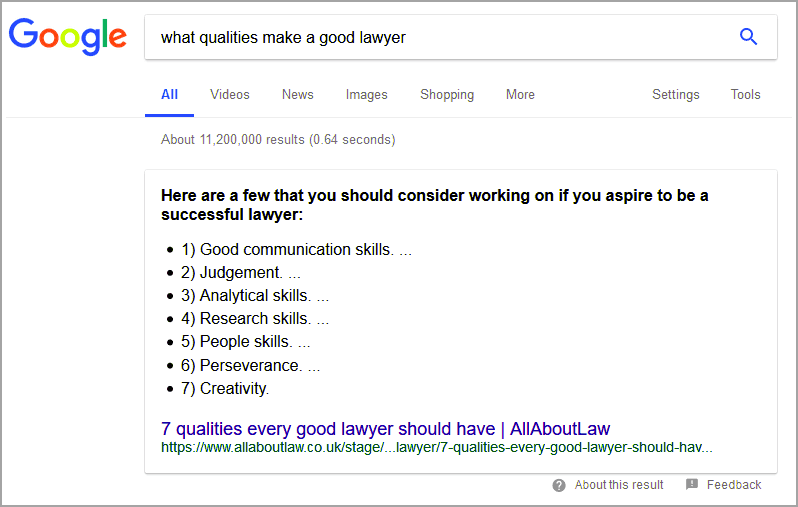 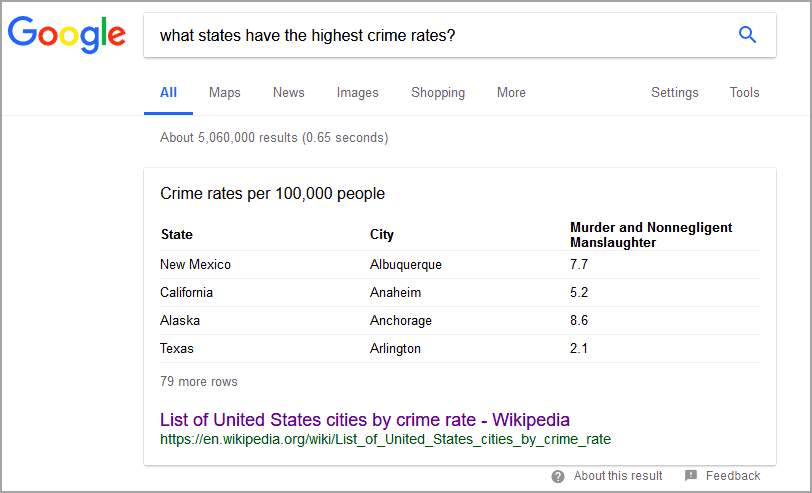 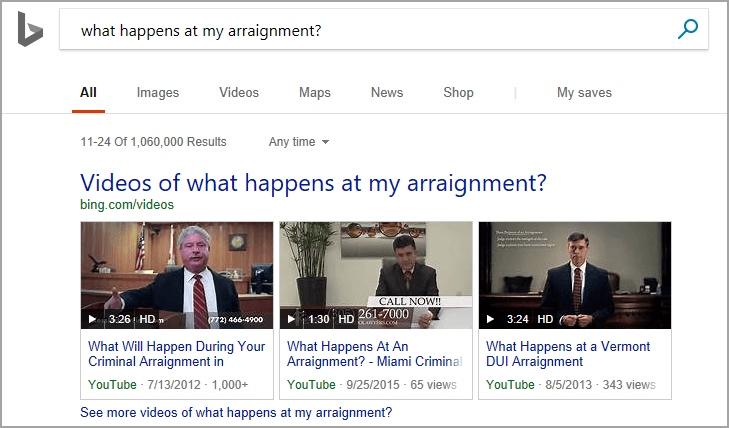 As shown in the final example (below), Google is now publishing four AdWords results per search page, making it even harder for organic results to stand out. Earning a featured or rich snippet is more important than ever to catch the consumer’s eye.

Moreover, voice search coupled with personal digital assistants like Alexa and Google Home means the next big wave of voice search is coming. Studies indicate that these connected devices are pulling their answers from featured snippets. 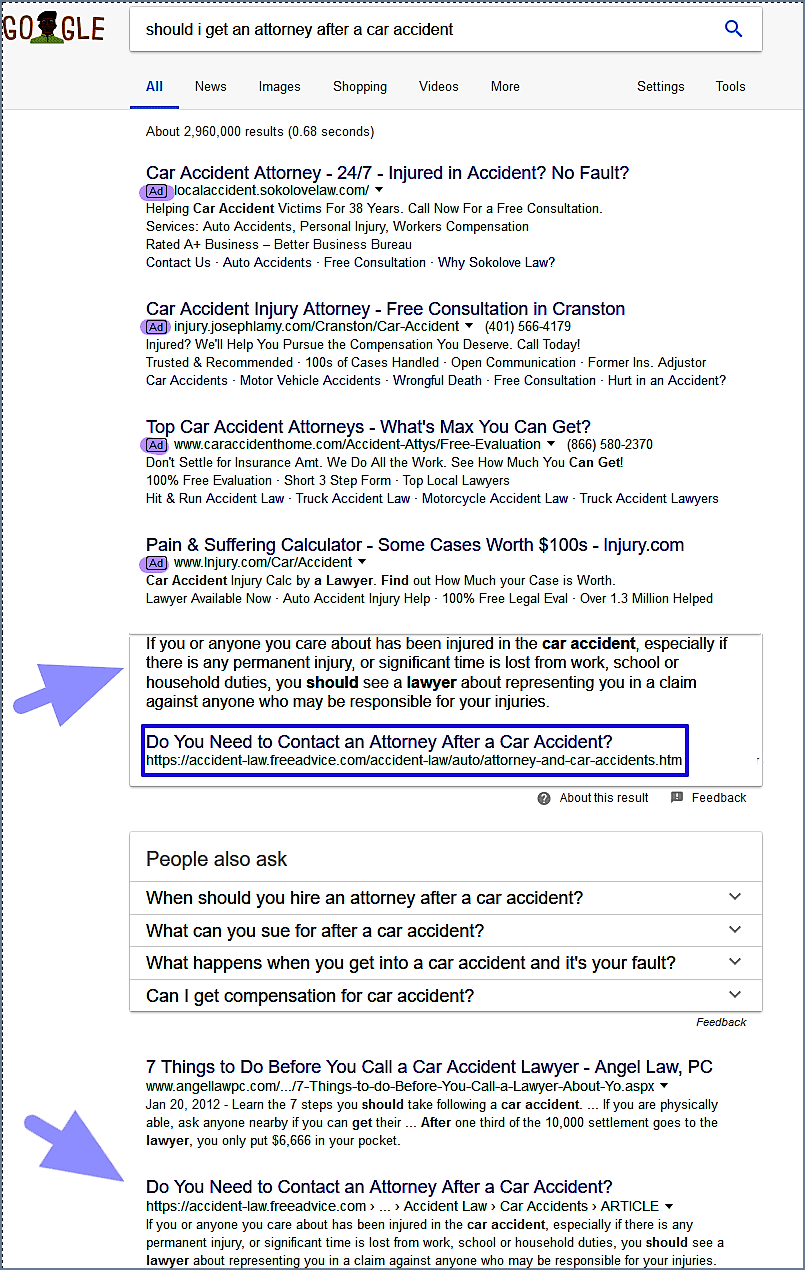 The examples above demonstrate a common interest by search engines in developing feature snippets technology: Satisfy the user’s quest for knowledge.

Specifically, Google and Bing strive to give users quality information that accurately answers their questions.

You should do the same in most of the content your firm creates. Doing so greatly increases your shot at getting featured snippets and achieving page rank zero.

The arrows in illustrated features serve to point out that in order to gain any featured placements, your strategy has to first be focused on getting to page one.

This website uses cookies to improve your experience while you navigate through the website. Out of these, the cookies that are categorized as necessary are stored on your browser as they are essential for the working of basic functionalities of the website. We also use third-party cookies that help us analyze and understand how you use this website. These cookies will be stored in your browser only with your consent. You also have the option to opt-out of these cookies. But opting out of some of these cookies may affect your browsing experience.
Necessary Always Enabled
Necessary cookies are absolutely essential for the website to function properly. These cookies ensure basic functionalities and security features of the website, anonymously.
Functional
Functional cookies help to perform certain functionalities like sharing the content of the website on social media platforms, collect feedbacks, and other third-party features.
Performance
Performance cookies are used to understand and analyze the key performance indexes of the website which helps in delivering a better user experience for the visitors.
Analytics
Analytical cookies are used to understand how visitors interact with the website. These cookies help provide information on metrics the number of visitors, bounce rate, traffic source, etc.
Advertisement
Advertisement cookies are used to provide visitors with relevant ads and marketing campaigns. These cookies track visitors across websites and collect information to provide customized ads.
Others
Other uncategorized cookies are those that are being analyzed and have not been classified into a category as yet.
SAVE & ACCEPT
Skip to content
Site Secured By: Website Guardian
Site Maintained By: Computer Geek